Once upon a time (this morning)…a young (lol) lady woke up and heard a squawking chicken in her yard. Not thinking much of it, assuming the hen was just proud of having laid an egg or some such silliness, the young woman looked out her window. And saw feathers all over her yard. And a huge fox by the fence getting ready to run off with a chicken.

and then quickly escalated to this…

The young lady hurried downstairs as quickly as possible, calling for her trusty k-9 companion. She slid open the sliding glass door and said, “Get ‘im, Monty!” 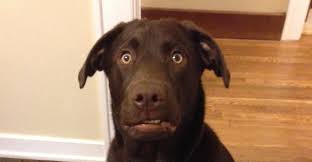 and ran in his crate to hide.

The fox turned, looked at the young lady and ran off over the fence.

Gathering her pride (and pants) the young lady went to check the damage.

Buff Orpington feathers were strewn across the yard, but as luck would have it she could account for all of them. No sign of Chicoletta or Little Red, though.

Poor Hurt Chicken. This being the third time she was the victim of an attack, she was now missing most of her tail feathers.

Assuming that Chicoletta and Little Red had flown off to safety and hoping they would be in the yard when she got home from work, the young lady continued to get ready for work. Again, blessed by good luck, both hens were waiting at the fence before she left for work and the flock was reunited, if a bit worse for wear.

Aaand, as a final F U to the fox, Chicoletta, laid her first, itty bitty, adorable (white) egg.

So, that’s the story of how two tough birds bested a mean ‘ole fox.